I finally got my hands on the new AMS-2000 Nitrous Controller from NLR this month, got it all wired up and we made our first passes with it last weekend at the Throwdown in T-Town in the MX275 class, and I was very impressed with it. We were using the NLR-1000 Controller before, which I liked but really wanted something I could work with on the laptop vs the little screen.

One of the goals I had for the weekend was to get rid of the launch retards I had been using for so long to trim power, I was able to do that in two passes and matched my best pass ever which got us qualified in the middle of the field. E1 I put a more aggressive ramp in it and set a new personal best despite my wheelie controller yanking out a bunch of timing. E2 I needed another tenth to run with Marty Chance, so we upped the ramp some more, went full tight on the shocks and put another 20lbs of weight on the nose. Well, it didn’t like it and knocked the tires off at .25s ending our weekend.

I gotta say the AMS-2000 Control Center software makes it so much easier to make changes, especially when you can overlay the g-force on top of your ramp profile and O2 data – heck of a lot easier than trying to work using two different programs, and faster. This will help a lot when we’re getting hot-lapped and not much time to fiddle with the tune-ups. I like the 5 position switch as well, I probably should have used that in E2 and turned it down some when I found out they didn’t prep the track before we ran like they did in E1.

In regards to data logging, we hooked up (2) Wide Band O2’s, Nitrous Back Pressure after the Solenoid, Driveshaft RPM, Engine RPM to get started – and the box has built in 2  Axis Accelerometer which is great. The ability to overlay the O2 and G-force data makes it a lot easier to adjust the ramp % exactly where you want it, we made big improvements to the graph shown in the screen shot in just a couple passes.

Just a bit of feedback, I really like the controller and software – it has a bunch of capability that I haven’t even began to mess with yet. Maybe one of these days when I have some time I can document some more of the cool features this box has, something to supplement my original Progressive Nitrous Controller article. 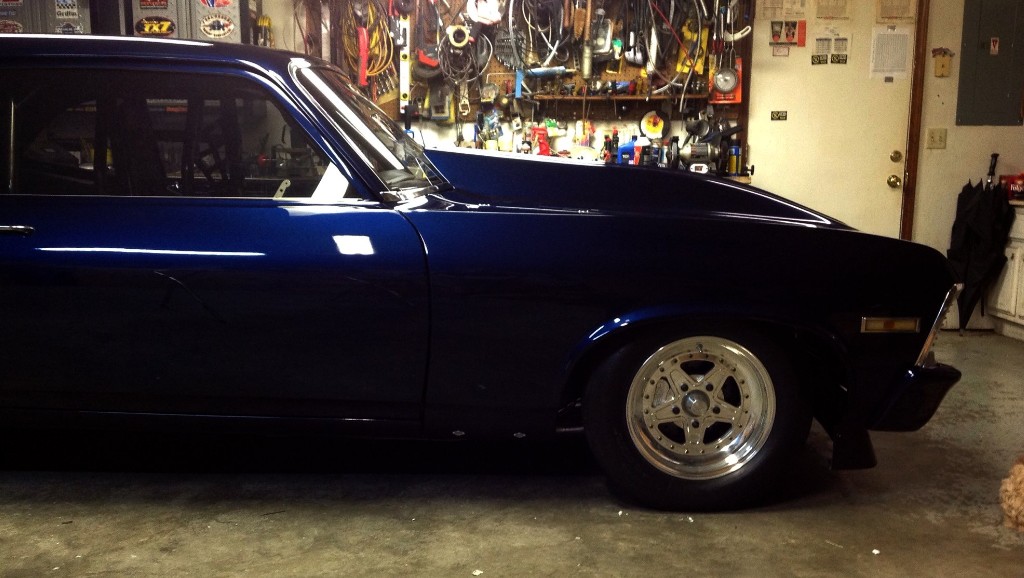